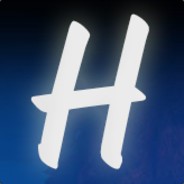 "Cendrillon" is an original song by Signal-P. The title is the French name for Cinderella.
A girl, the titular Cendrillon (Miku), attends a ball to kill Prince Charles (KAITO) when the clock strikes 12:00 AM, since she was handled by the fairy godmother.[1] As Cendrillon and the prince meet, they dance together and fall in love. The girl becomes increasingly conflicted as midnight approaches, falling into a dilemma as she does not want to kill him. Eventually, she stabs the príncipe when the bell rings. The final lines of the song discuss the moment right after the prince is stabbed while she can still feel him with her, and muses on how they want the moment to last forever.
There are several different versions of this song: it has been used as an official demo for VY2 and VY2v3, featuring VY1 and VY1v3 as back up respectively, a variation with different lyrics ("Adolescence"), was uploaded to commemorate the Kagamines' 1st anniversary, and a version with different instrumentals was uploaded in celebration of the song's 10th year anniversary, featuring Hatsune Miku V4X and KAITO V3.