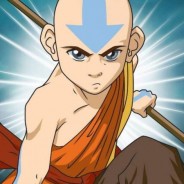 "Stupid Cupid" is a song written by Howard Greenfield and Neil Sedaka which became a hit for Connie Francis in 1958.

The total duration of this midi music is 2 minutes and 6 seconds, with a total of 774 notes, divided into 2 tracks, and a single tempo of 130bpm.

The key signature marked in the MIDI file is F major, the marked beat is 4/4.

Some MIDI events such as Channel Volume Control, Pan are used.