Stone Talus Battle (The Legend of Zelda: Breath of the Wild 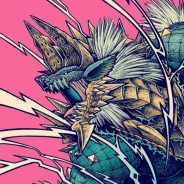 The Theme Music That plays after encountering a Stone Talus in the game: The Legend of Zelda Breath of the wild. The Song is a Cover by Me, the original was composed by Nintendo.
My cover was made in beepbox.co (Beepbox was created by John Neskey)

"Stone Talus Battle (The Legend of Zelda: Breath of the Wild" is a MIDI music piece in Anime/game music style, played by an ensemble of 23 instruments including Vibraphone, Ensemble Strings, Brass Ensemble, Syn Saw Wave, Echo Drops, Timpani, and Piano.

The total duration of this midi music is 1 minute and 54 seconds, with a total of 1,769 notes, divided into 6 tracks, and a single tempo of 130bpm.

Some MIDI events such as pitch wheel, Channel Volume Control are used.

6 tracks are used, 5 tracks have notes