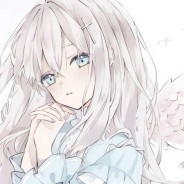 The 原神-Nimble as Lightning 霆霓快雨.mid file uses only one instrument and is located on one track, which can be regarded as a single-track MIDI file.