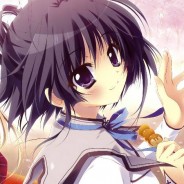 "Last regrets -acoustic version- ~interlude for XG" is a MIDI music piece in Anime/game music style, which is played by an ensemble of 2 instruments including Electric Grand Piano, and Church Organ.

The total duration of this midi music is 5 minutes and 46 seconds, with a total of 2,227 notes, divided into 3 tracks, the initial tempo is 90bpm, the min tempo is 8bpm.

This MIDI file uses the XG standard, which is Yamaha EXtended General MIDI.

3 tracks are used, 2 tracks have notes