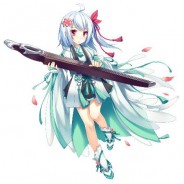 The total duration of this midi music is 8 minutes and 36 seconds, with a total of 7,088 notes, divided into 2 tracks, and a single tempo of 120bpm.

The Impossible - Two Steps From Hell（钢琴版）.mid file uses only one instrument and is located on one track, which can be regarded as a single-track MIDI file.