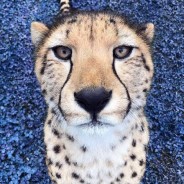 「爱过」"Love Scenario" (Korean: 사랑을 했다; RR: Sarang-eul haetda) is a song recorded by South Korean boy group iKon. It was released as the lead single of their second studio album, Return.[2] The song won "Song of the Year" at the 2018 Melon Music Awards and 33rd Golden Disc Awards. It is recognized as one of iKon's signature songs.

The total duration of this midi music is 3 minutes and 24 seconds, with a total of 8,484 notes, Stored in a TYPE 0 format file which has only one track, and a single tempo of 120bpm.

The iKON - Love Scenario.mid file uses only one instrument and is located on one track, which can be regarded as a single-track MIDI file.