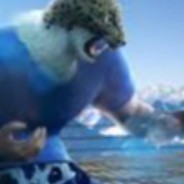 "FF14 - I Want It That Way" is a MIDI music piece in Pop Music style, played by Acoustic Grand Piano solo.

The total duration of this midi music is 3 minutes and 31 seconds, with a total of 848 notes, divided into 2 tracks, the initial tempo is 98bpm, the min tempo is 79bpm.

The FF14 - I Want It That Way.mid file uses only one instrument and is located on one track, which can be regarded as a single-track MIDI file.

There are multiple keys marked in the file, such as A major、B major etc., the marked beat is 4/4.

Pop Music    ff14 Backstreet Boys I want it that way