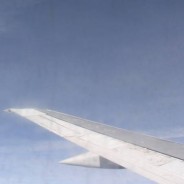 "Arrival to earth/scorpnok" is a MIDI music piece in Classical Music style, played by Piano solo.

The total duration of this midi music is 3 minutes and 33 seconds, with a total of 1,325 notes, Stored in a TYPE 0 format file which has only one track, and a single tempo of 80bpm.

There are multiple keys marked in the file, such as E♭ major、E major、C major、F major etc., the marked beat is 4/4.

Some MIDI events such as Pan, Sustain pedal are used.